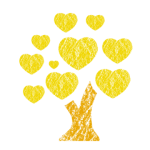 Many churches are currently facing severe financial pressures as a direct result of COVID-19 as traditional income streams from lettings and face-to-face fundraising dry up.

Concerns have been raised by the Charity Tax Group (CTG), which makes representation to the government on charity taxation issues, about the operation of the Gift Aid Small Donations Scheme (GASDS) during the Coronavirus pandemic as many eligible cash donations have been lost, which specifically affects churches as well as other small charities.

From a church’s perspective, donors that would ordinarily make small donations each week are asking if they can keep aside the individual donations that they would normally give and make them separately once the crisis is over, above the standard £30 limit.

Receiving cash donations by post does not provide a solution as churches run by volunteer treasurers are frequently not able to bank any cash donations received during the lockdown due to restrictions on gatherings and essential travel. CTG has urged HMRC to introduce some temporary flexibility in the operation of GASDS, by accepting multiple cash donations of £30 or under that have been saved up during the crisis. The submission noted that ultimately the cap on eligible donations would remain at £8,000, so there would be no additional cost to the Exchequer.

“In respect of GASDS, guidance on the eligibility for donations for inclusion in this scheme is clear in stating that claims can only be made on cash donations, or contactless card donations, of £30 or less collected on or after 6 April 2019. The decision over what constitutes an eligible donation is one for the church/charity to make for themselves, rather than for HMRC, but the conditions for something to be considered a ‘small donation’ are clearly set out in legislation.

“Where it is the case, for example, of separate donations being given in a single envelope, then if the church/charity official is happy these are clearly separate ‘small donations’ (and clearly stated as such) then they will be eligible for GASDS, as is the case where separate envelopes are used.”

This guidance has been widely seen as ‘a welcome and pragmatic clarification from HMRC officials’, who have recognised the practical difficulties raised by COVID-19.

For example, if a church member puts £200 cash in an envelope and marks it as ten weeks of £20 weekly donations for the occasions where they have not been able to make a regular cash offering, it appears HMRC would be happy for the church to regard them as eligible donations under GASDS. Alternatively, ten separate envelopes with more than £30 could be included where these are clearly separate donations.

“Churches and smaller charities are feeling the full impact of COVID-19, and hearing that HMRC are allowing flexibility in the operation of GASDS will be a welcome relief to many. Our Charities team have specialists knowledge regarding Gift Aid, and can offer assistance in making sure your charity is adhering to the necessary requirements.”

For further support with Gift Aid, please get in touch with the EQ Charities specialist in your area, Mark Gallacher, Susan Beattie, Debbie Millar or Margaret Waite.