Golf, gardening and cake decoration are all popular hobbies and rightly so. In some circumstances HM Revenue & Customs can also regard farming as a ‘hobby’. The designation is not determined by scale but by whether a farming business makes a taxable profit before claims for capital allowances. If there are five consecutive years with no profit before capital allowances then HM Revenue & Customs will regard the business as a hobby from year six onwards.

The significance of the hobby designation is that any farming losses from year six onwards cannot be offset against other income or capital gains in either the current or previous tax year. The losses can only be carried forward and relieved against any future farming profits, which may never materialise.

This can have major tax consequences as many farmers will have significant non-farming sources of income such as rents, dividends, pension income or another trade such as renewable energy. If hobby farm treatment applies then tax will have to be paid on the other income in full, with no relief given for the farming losses.

The rules were originally introduced in 1967 to prevent ‘lifestyle’ farmers claiming tax relief on their non-commercial farming activities. However, with traditional farming under economic pressure and farmers now having more diversified income streams the rules could easily catch out the unwary, resulting in an unexpected tax bill.

The key to avoiding this is firstly to monitor the position to establish if you are at risk from being caught by the hobby farming rules. If you are, then taking action to ensure that you show a pre capital allowances profit at least every five year may be appropriate. 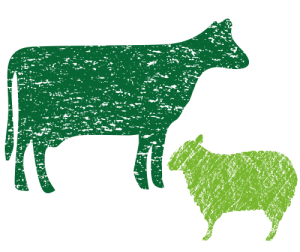 Hopefully your farming business is more than a ‘hobby’, but if you feel that you may be affected by any of the issues raised then please contact a member of our EQ Agriculture team via agriculture@eqaccountants.co.uk or call 01307 474274 / 01334 654044.